Viking Announces Additions to their 2019 Lineup

In their mission of building a better boat everyday, Viking Yachts has announced three additions to their inventory: the 38 Billfish, 46 Billfish and 38 Open. The renderings of these three models all resemble the classic Viking style, but  will be crafted with their own original hulls. Though these models do have similar designs and layouts, each boat certainly has its own function and purpose. The 38 and 46 Billfish models are built to be dual purpose fishing boats with plenty of accommodations for those wanting to make overnight or extended trips. The 38 Open offers an identical hull and cockpit to the 38 Billfish, but is equipped with a lower helm and a different arrangement below.

The look of the new 38 Billfish is reminiscent of the 37, but there have been some changes which set these boats apart. The Billfish series of boats were set up with the fisherman in mind, but have been equipped with the creature comforts that one might need for extended cruising. The cockpit of the 38 features 109 sq. ft. of space, port and starboard insulated fishboxes, a transom livewell and walk-through door, plus plenty of storage for tackle, rods and gear. This boat also offers mezzanine-style seating on either side of the entry to the command deck, along with refrigerated coolers for drinks. 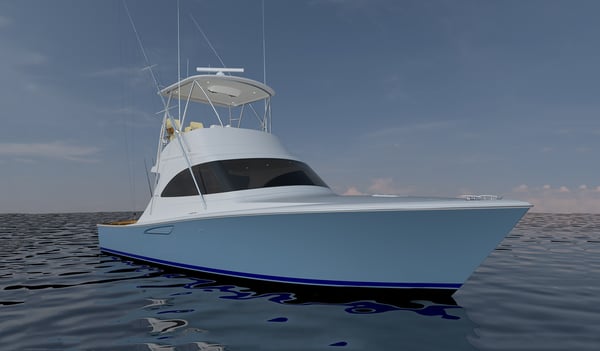 Going forward to the command deck, there is a U-shaped dinette to port and a lounge to starboard, which doubles as rod storage. This model also has an optional lower helm that can be placed on the starboard side. In this setup, the lounge is condensed to allow for helm seating and a control panel.

Below-decks, the Billfish's layout is spacious with a queen-sized bed and twin hanging lockers. The queen can also be changed to an optional crossover berth, which expands the sleeping space for more guests. The galley is located on the starboard side, and contains an L-Shaped Corian countertop, two-burner stove, microwave, refrigerator and sink. To port, there is a full sized head complete with an enclosed stand-up shower.

The key difference between the Billfish and Open models is the flybridge. The 38 Billfish is designed to be run primarily from the flybridge, unless equipped with the lower helm station. Therefore, this model features a full bridge with a Release helm chair, teak helm pod and plenty of space for electronics. There is a forward facing seat in front of the helm station, along with lounges on either side.

The largest of the Billfish series, the 46, will be an extension of the 38, and is set to debut in the Fall of 2019. In general, the layout will be comparable to the other Billfish models, but with larger spaces and more accommodations.

Many details about the 46 are still under wraps, but preliminary specs show the boat with a 140 sq. ft. cockpit with plenty of storage and two aft facing seats. The command deck with have a U-shaped dinette to port, and a long lounge seat to starboard - ample space to relax and entertain or to get out of the elements. 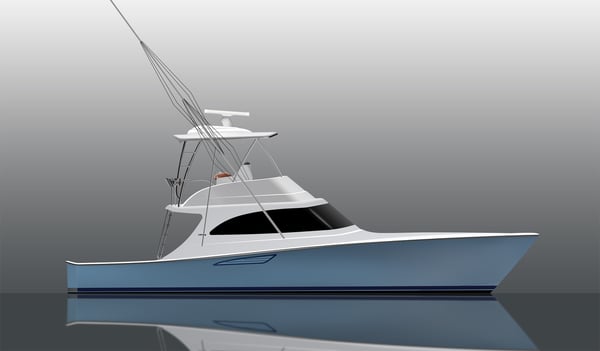 The boat's interior is definitely more suited for longer overnight trips than its smaller counterparts, since it will offer a three-berth layout. Early drawings show bunks on the starboard side with an island queen forward. The port side will feature an L-shaped galley and a head with an enclosed stand-up shower.

The 46 is designed to be run from the flybridge, so it will be outfitted with a helm station, helm chairs and space for electronics and navigation equipment. Full details on the bridge layout are not yet available, but it will likely follow a similar design to the 38 Billfish.

While the hull, cockpit and mechanical components of the 38 Open and 38 Billfish are nearly the same, the boats are actually very different. As with all Open models, the 38 Open is designed to be run from the lower command deck, which changes the interior layout considerably. For those looking for more flexibility, there is an option to add a Palm Beach Tuna Tower and a second helm so she can be run from above. 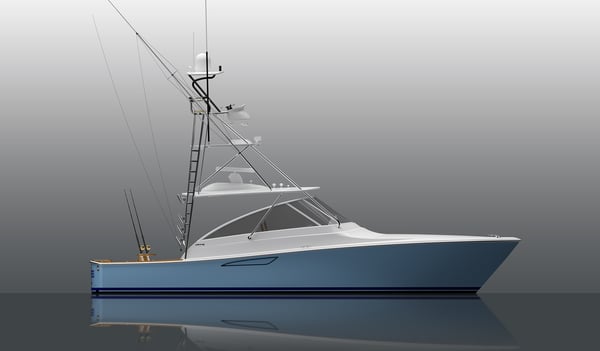 When entering the command deck, there are L-Shaped lounges to port and starboard, with a raised centerline helm-chair and a second to port. The entryway to the lower deck is located on the starboard side of the helm station. Going below, the Open has a sofa with storage on the starboard side and a stacked double-single bunk forward. On the port side there is a galley with a stove, sink, microwave and under-counter refrigeration, in addition to a full head with a sink and stand-up shower. 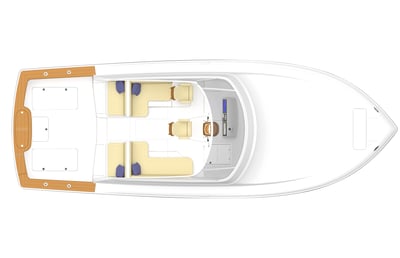 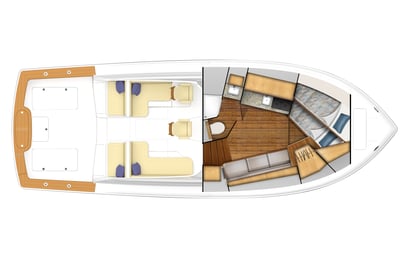 All three new models are set to debut in 2019, with the 38 Billfish being revealed first at the Viking VIP in January. The 38 Open and 46 Billfish will likely come during the fall of 2019. The Bluewater Yacht Sales team will continue to receive information on these boats as they move into production, so make sure to contact a member of our staff so you can be the first to know.

Is Paying Cash Costing You More? 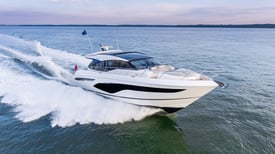